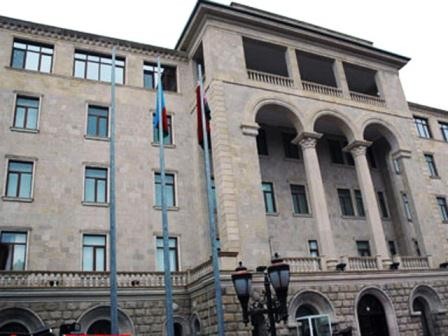 The bodies of the soldiers handed over to Armenia have not been decapitated or desecrated, the Azerbaijani Defense Ministry told on May 3.

All the bodies of the Armenian soldiers were handed over in the presence of international observers, and no traces of violence were detected on the bodies, Azerbaijan’s ministry said.


Earlier, Armenian media has reported that an Azerbaijani serviceman allegedly beheaded an Armenian soldier and that the same serviceman was awarded by Azerbaijan’s president. Armenians also spread the photos of the serviceman.

The defense ministry stated that the photos released by Armenian media are fake, calling this another provocation against Azerbaijani armed forces.

“It is ridiculous that the Armenian murderers, who are proud of massacring 63 children and scores of women and elderly people with special brutality in Khojaly town, compare themselves with us,” the defense ministry said. “It’s only typical of Armenians to make heroes out of those who commit atrocities against humanity.”