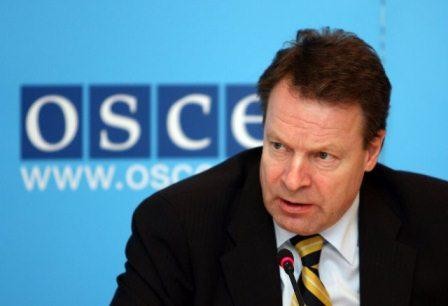 Using force in the Nagorno-Karabakh conflict zone is inadmissible, Ilkka Kanerva, the President of the OSCE Parliamentary Assembly told in his meeting with Armenian Foreign minister Edward Nalbandyan.

`The OSCE Parliamentary Assembly supports the OSCE Minsk Group`s attempts on the regulation of the Nagorno-Karabakh conflict`, he said.

`We highly appreciate confidence-building Measures on Nagorno-Karabakh conflict by Andrzej Kasprzyk, Personal Representative to the OSCE Chairperson-in-Office`, he added.

The President of the OSCE Parliamentary Assembly, Ilkka Kanerva met with the Armenian Foreign Minister Edward Nalbandyan on May 3, 2016.