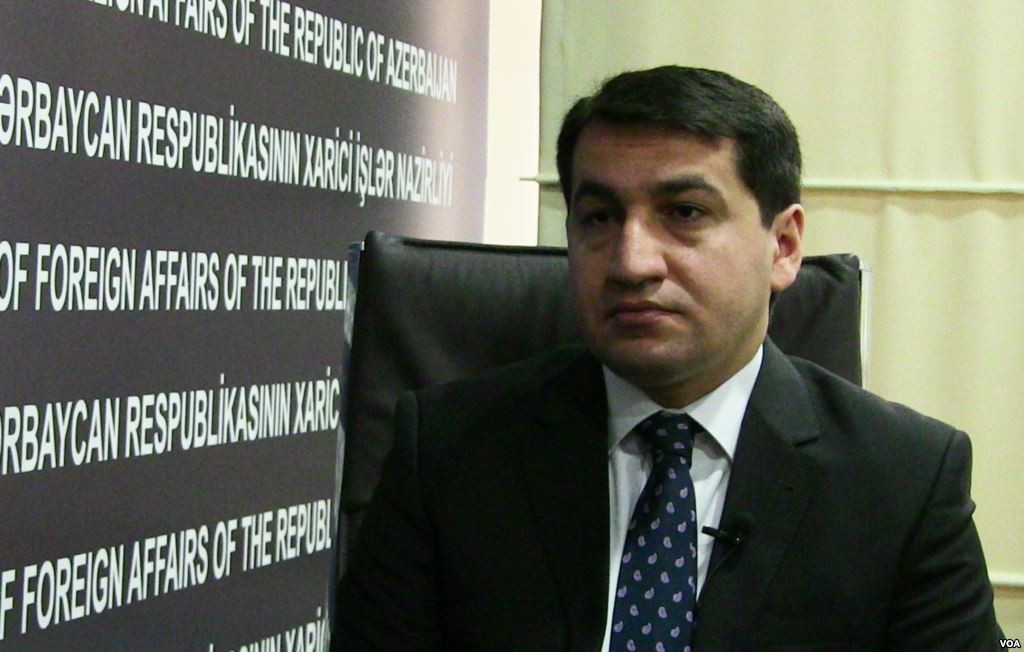 The discussions held by Armenia on a draft law on recognition of the occupation regime in Nagorno-Karabakh are a show called a "democratic process", the Azerbaijani Foreign Ministry's Spokesman Hikmet Hajiyev told local media on May 4.

"That person, trying to preach about democracy, says that in case of recognition of the occupation regime in Nagorno-Karabakh, everyone will first hear that from the Armenian president," said Hajiyev. "On the other hand, talking about the "democratic expression of people's will", Vladimir Hakobyan denies himself."

"His words suggest that the Armenian leadership is turning a blind eye to "democratic expression of the will of the Armenian people"," said Hajiyev.

He went on to add that the Armenian leadership, ignoring the results of its irresponsible actions, is trying to disrupt the process of a political solution to the Nagorno-Karabakh conflict.

"It is evident that the Armenian leadership doesn't realize its actions," Hajiyev said. "Assertions about the existence of democracy in Armenia can be perceived as a bad joke."

Hakobyan said that in case of the official recognition, everyone will learn about that first from the president of Armenia.