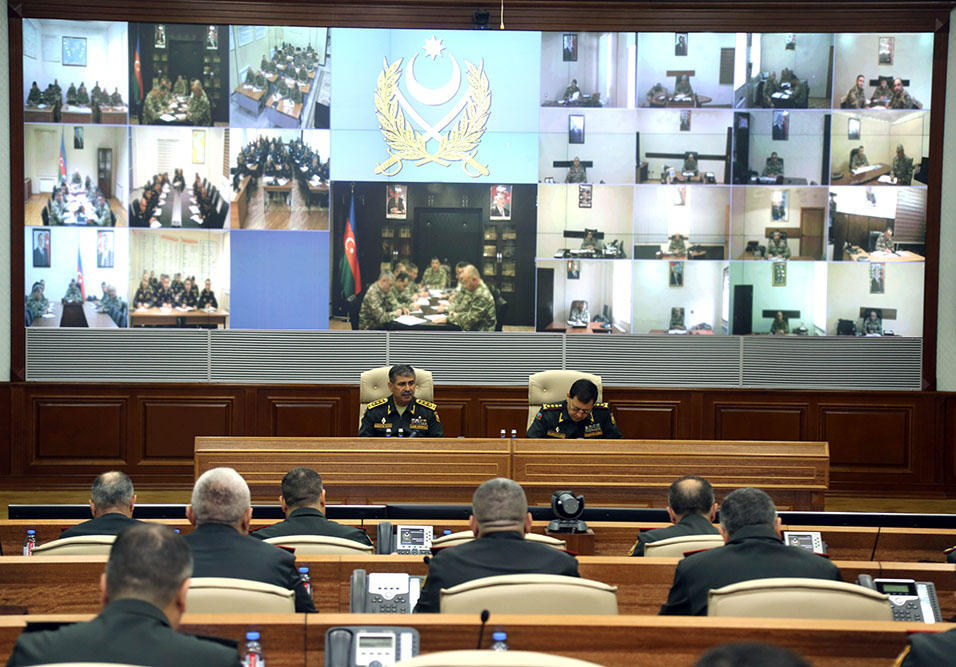 An official meeting under the leadership of Azerbaijan’s Minister of Defense Colonel General Zakir Hasanov was held at the Central Command Post on May 4.

The minister of defense brought to the command staff the specific tasks on the increasing military potential of the Azerbaijani army, set by President of Azerbaijan, Supreme Commander-in-Chief of the Armed Forces Ilham Aliyev, and instructed to focus on increasing the combat capability of all types and branches of troops, especially foremost units.

The minister of defense set the tasks for the officials to increase the intensity of exercises and training conducted according to the combat training plan, especially at night, in conditions and in areas as close as possible to the combat, to increase the agility and combat readiness of the troops, strictly observing the requirements of covert control and field camouflaging, general safety rules, in particular, fire safety, as well as to organize preparations for the transfer of weapons, military and specialized equipment of army corps and formations to the summer mode of operation.

The minister gave specific instructions to better organize combat training, to raise the level of military professionalism, to strengthen ideological work and moral-psychological support in order to increase military patriotism and the fighting spirit of the military personnel, as well as to solve other official issues.