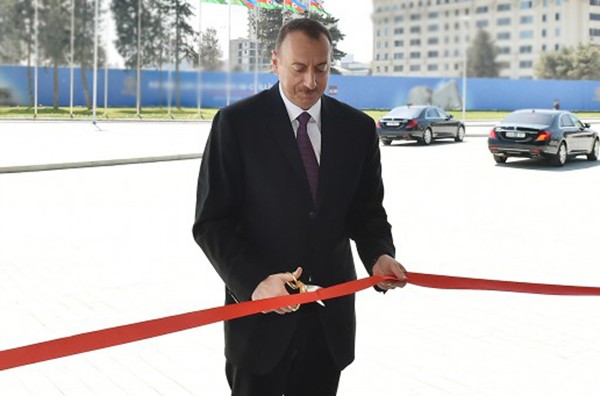 President of the Republic of Azerbaijan Ilham Aliyev has attended the opening of a military town for servicemen in Ganja.

The President was informed that the complex consists of 14 multi-storey apartment buildings that have a total of 696 flats. There are 48 one-room, 224 two-room, 312 three-room, and 112 four-room flats.

The head of state then met with family members of servicemen. The servicemen praised the conditions created for them.