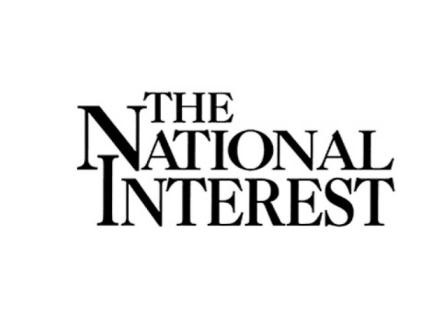 The possible eruption of war between Azerbaijan and Armenia would therefore certainly have a negative effect on the energy infrastructure and facilities of the region, Ilgar Gurbanov, expert advisor in the Baku-based Centre for Strategic Studies, wrote in an article published in The National Interest magazine.

"War would undermine prospective energy projects and foreign investment in the energy sector," the article said.

"During the clash in early August 2014 that took place along the line of contact, Seyran Ohanyan, Armenian defense minister, had threatened that the Armenian armed forces would commit sabotage against the Mingachevir hydroelectric power station, which is the largest reservoir in Azerbaijan," Gurbanov wrote.

According to the article, the defense ministry of Azerbaijan warned that "such provocations would lead to more severe consequences for Armenia, adding that "the Azerbaijani Armed Forces are capable of striking any military facility located in the territories occupied by Armenia."

"Moreover, Armenian politicians went too far in their bellicose rhetoric by declaring the alleged presence of a nuclear weapon in Armenia," the author wrote.

According to the article, amidst the recent armed escalation in Nagorno-Karabakh region, Hrant Bagratyan, former prime minister of Armenia and current MP, made the sensational claim, "we have the capacity to create nuclear weapons," adding that "we have nuclear weapons".

According to Gurbanov, the point is that Armenia, as a signatory to the Non-Proliferation Treaty, is openly declaring its readiness to use nuclear weapons in military operations against Azerbaijan.

According to the article, moreover, Arkady Ter-Tadevosyan, retired Armenian Maj. Gen., also voiced the possibility of Armenia using a dirty bomb against Azerbaijan, mentioning that "Armenia has a weapon, created by Armenians, which the enemy is not aware of and which will be applied in the most difficult moment."

"Artsrun Hovhannisyan, spokesman for Armenia's defense ministry, said that Armenia's arsenal includes military hardware that doesn't exist in many countries and that many can only dream of," Gurbanov wrote.

According to the article, those unsettling statements came amid the State Security Service of Georgia's recent detention of three Armenian citizens in Georgia, suspected of smuggling radioactive materials.

"The importance of the measures for ensuring the security of energy infrastructures is strongly elaborated both in the National Security Concept and the Military Doctrine (MD) of the Republic of Azerbaijan," Gurbanov wrote.

"The National Security Concept of the Republic of Azerbaijan strongly emphasizes the importance of energy in Azerbaijan's integration with Euro-Atlantic structures," the author wrote.

"According to the MD, any subversive and terrorist activities directed against energy and transportation infrastructure is considered a possible military action against the Republic of Azerbaijan," Gurbanov wrote. "The MD also considers the occupation of Azerbaijani territories as a main military threat to the national security of Azerbaijan."

"Therefore, Azerbaijan retains the right (Article 28 and 48) to mobilize necessary forces and means within the framework of defense policy in order to repel military aggression and the use of force to restore the territorial integrity of the country," the author wrote.

According to the article, thus, the translation of the theoretical threats mentioned in Azerbaijan's defense doctrine into practice would be devastating for the region's energy and transportation, because Azerbaijan has been an important regional country for Western energy companies realizing giant energy projects.

"Those projects contain huge investments from major energy companies, promising the diversification of energy supplies and ensuring the energy security of European countries," the article said.

According to the article, in fact, the prosperity of the South Caucasus depends on stable borders.

"If Armenia had not followed the "war track" in early 1990s, the country could have provided a shorter route for transporting the Caspian's rich energy resources from Azerbaijan to the West-benefiting both Armenia and its population," the author wrote.

According to the article, instead, Armenia has opted for an "occupation."

"Therefore, in order to prevent the risk of possible war in the region, the international community should pressure the Armenian government to demonstrate a more constructive position in the negotiations with Azerbaijan," the author wrote.