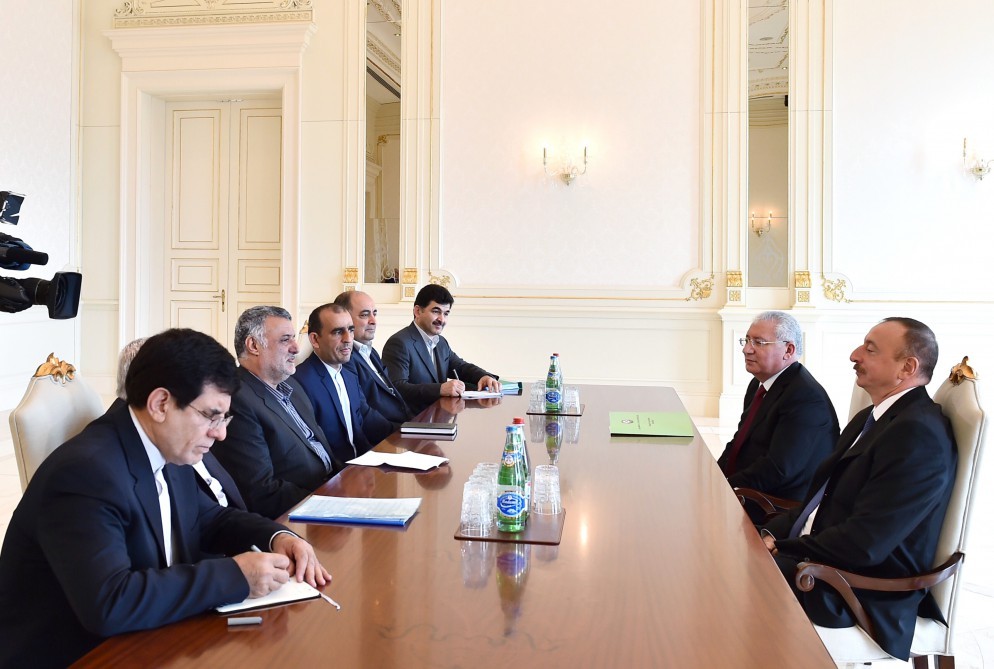 President of the Republic of Azerbaijan Ilham Aliyev has received a delegation led by Minister of Agriculture of the Islamic Republic of Iran Mahmoud Hojjati.

The head of state hailed the development of bilateral relations between the two countries in all areas. Saying that Azerbaijan and Iran were friendly, fraternal and neighboring countries, President Ilham Aliyev noted with pleasure that the political leadership of both countries were working to elevate the Iranian-Azerbaijani relations to a higher level. Noting that agriculture was one of the important spheres for the two countries, the head of state expressed confidence that Azerbaijani-Iranian cooperation would yield best possible results in this area as in other fields. Stressing that the Islamic Republic of Iran achieved great success in the field of agriculture, President Ilham Aliyev said great work had been done to develop this sphere in Azerbaijan and ensure the country`s own food security.

The head of state expressed hope that talks on cooperation, which will be conducted as part of the visit of the delegation led by Minister of Agriculture of the Islamic Republic of Iran Mahmoud Hojjati to Azerbaijan, would be fruitful and serious steps would be taken towards the implementation of joint projects.

Minister Mahmoud Hojjati extended sincere greetings of President of the Islamic Republic of Iran Hassan Rouhani to the head of state. He said Iran hailed recent work to strengthen relations between the countries.

At the meeting, the sides exchanged views over investment in the field of agriculture between the two countries, the establishment of joint ventures and other issues.

The head of state thanked for the greetings of President Hassan Rouhani, and asked the Minister to extend his greetings to the Iranian President.