Azerbaijani President met with US Secretary of State 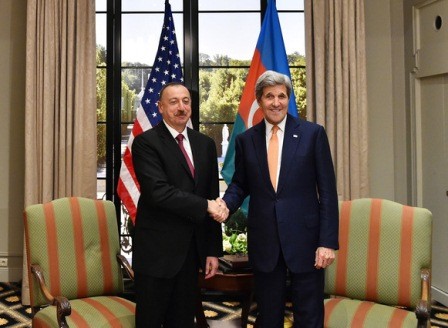 President of the Republic of Azerbaijan Ilham Aliyev has met with the United States Secretary of State John Kerry as part of his working visit to Vienna.

The US Secretary of State said they wanted the sides to return to the negotiating table, and strengthen confidence building measures and mutual understanding. He added that through this constructiveness should be given to the talks and the negotiations should continue.

President Ilham Aliyev thanked the US Secretary of State for organizing the meeting. The head of state said he was ready to continue discussions on these issues.