"Amnesty act should be shown humanism and mercy" 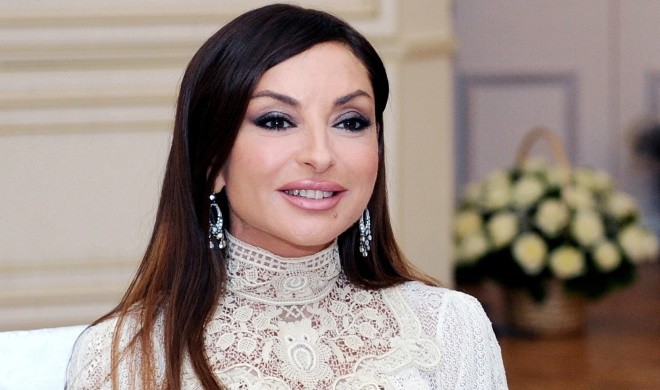 Azerbaijan’s first lady, president of the Heydar Aliyev Foundation, MP Mehriban Aliyeva made a speech on her amnesty initiative at the special plenary session of the country’s parliament on Friday.

MP Mehriban Aliyeva has submitted to the parliament a bill on “Amnesty Act” on the occasion of 28 May – Republic Day.


She said the creation of the Azerbaijan Democratic Republic (ADR) on 28 May 1918 was a significant event in the history of Azerbaijan.

“Before the Azerbaijani people regained state independence for the second time in the twentieth century, Heydar Aliyev stuck to the ideals of ADR proved to be its heir. During his reign in Nakhchivan, he waved the Republic’s tricolor flag officially for the first time,” the first lady said. “In 1993, Heydar Aliyev returned to power at the people’s request and saved Azerbaijan from disintegration and our sovereign statehood from collapse.”

Mehriban Aliyeva noted that the Heydar Aliyev Foundation, which was established at the necessity of passing the ideals of Heydar Aliyev, founder of the Republic of Azerbaijan, to future generations, continues to make contributions to the country’s development by carrying out various projects and taking an active role in building a new society.


She went on to say that the analyses of the numerous appeals made to the Foundation by the imprisoned and their family members indicate that they should be shown humanism and mercy, considering the nature, public danger and other aspects of their crimes.


Since its establishment, the Heydar Aliyev Foundation has been the initiator of the approval of a number of amnesty acts, Aliyeva stressed.

“Believing in the reformatory effect of amnesty and guided by the policy pursued by Azerbaijani President Ilham Aliyev, who remains faithful to the ideals of national leader Heydar Aliyev and continues traditions of humanism and mercy, I offer to declare an amnesty on the occasion of May 28 – Republic Day,” Aliyeva said.

The Amnesty Act will also cover those serving penalty in correctional facilities, whose remaining prison term to the date the decision came into force is no more than a year; those fined for having committed crimes that did not pose significant public danger; those conditionally sentenced to imprisonment or those freed prematurely of this kind of penalty or those whose penalty of this kind has been postponed, as well as a number of prisoners belonging to other groups.

Mehriban Aliyeva called on her colleagues to support the bill on “Amnesty Act” on the occasion of 28 May – Republic Day.