US deploys F-35s to Philippine Sea for training mission
﻿ 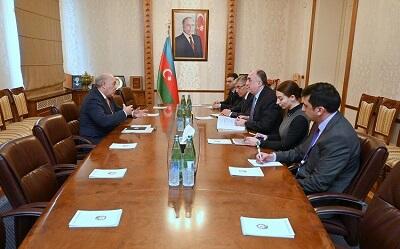 Expressing his pride for being Chile's first diplomat in Azerbaijan, G.Jara thanked for the support rendered to him to fulfill his diplomatic activities.

At the meeting, the sides expressed their satisfaction over the current status of bilateral relations and the level of current development and perspectives of cooperation between both states. In this regard, the sides discussed the possibility of implementing joint projects in the economic, agricultural and innovations sphere.

Minister Elmar Mammadyarov highly appreciated the efforts of the Chilean diplomat in the development of relations and wished every success in his future endeavors.