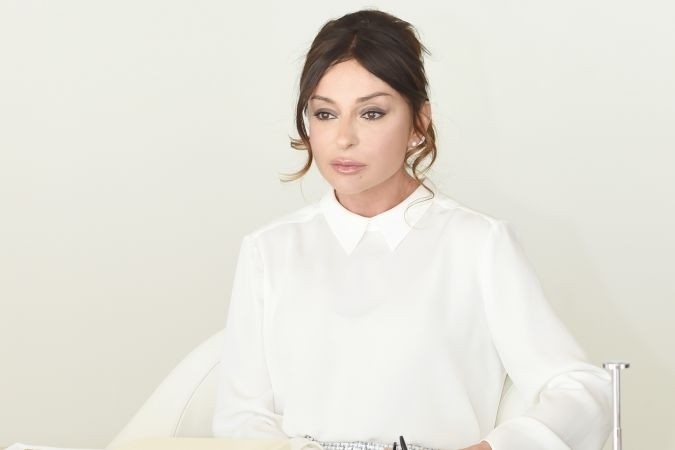 Mehriban Aliyeva noted that the French delegation's visit would contribute to the strengthening of relations between the two countries and development of inter-parliamentary cooperation. She hailed the bilateral cooperation in political, economic and humanitarian fields. The first lady praised the contribution of the French Senate members, Azerbaijan's friends in France and members of France-Azerbaijan friendship group to the development of cooperation between the two countries. “The friendship group is working to increase the French society`s awareness about the Azerbaijani realities. I am happy that we have achieved a lot of success in recent years thanks to joint activity. Over these years a number of documents on sistership and cooperation between twelve regions and cities of France and Azerbaijan have been signed," said Mehriban Aliyeva. She drew the audience's attention to the fact that there was a French lyceum in Baku, adding that an Azerbaijani-French university will be opened in the country this year.

The president of the Heydar Aliyev Foundation emphasized that a series of events aimed at promoting Azerbaijan were held in France, adding that “we will continue holding these events this year too”.

Mehriban Aliyeva hailed the fact that apart from capital Baku, the French Senate delegation would visit Azerbaijani regions. “During your visit to the regions you will meet with the people who have become refugees and IDPs as a result of the Armenia-Azerbaijan Nagorno-Karabakh dispute.” She said Azerbaijan has been doing its utmost to find a peaceful solution to the dispute for more than twenty years. The first lady expressed her regret that the negotiations have yielded no results. Mehriban Aliyeva said that the Azerbaijani government applauds France's support on this issue.

"Our stance is clear. We have no territorial claims against any other country. What we want is just the liberation of Azerbaijani territories and the return of refugees and internally displaced people to their native lands," said the first lady, underlining the activities of a strong Armenian lobby in France. She stressed that Armenians were spreading false information about Azerbaijan. “But the goal of the friendship group is to make the truth known to the French society.” Mehriban Aliyeva thanked the French Senate members for their support on this issue.

Jean-Marie Bockel praised the Azerbaijani first lady's contribution to the strengthening of relations between the two countries.