Exercises of Azerbaijan army to continue 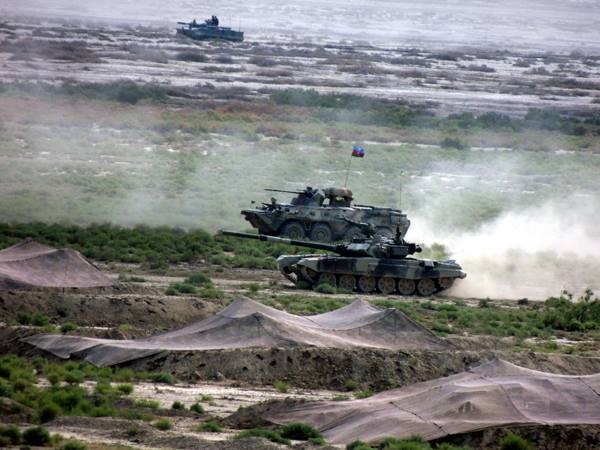 According to Azerbaijan's Armed Forces readiness plan for 2016, an operational-tactical exercise that started on June 19 is being continued.

The headquarters and troops which have been brought to the highest level of combat readiness effectively carried out a regrouping of troops in the concentration areas, changed the location areas of aircrafts on the aerodromes, as well as location areas of ships in the sea basement etc.

The General Staff of the Armed Forces using modern means of communication and observation facilities provides the controlling of conduct and timely implementation of tasks specified in the exercise plan.

The exercise will last until June 24.