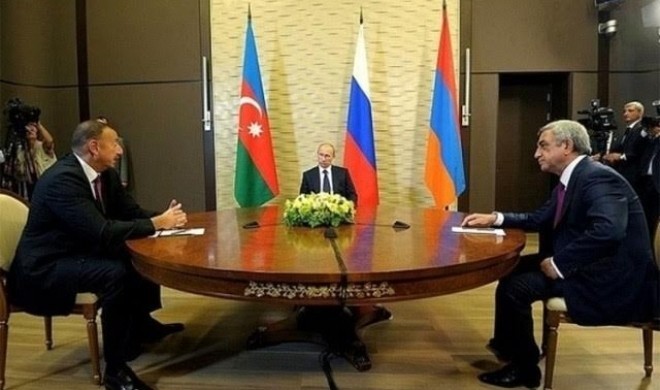 The presidents of Russia, Azerbaijan and Armenia have agreed to continue trilateral talks on the Nagorno-Karabakh settlement, as follows the joint statement adopted after the talks in Russia’s St. Petersburg.

"The presidents noted major importance of their regular contacts on the Nagorno-Karabakh problems and agreed to continue them in this format to supplement the work of the OSCE Minsk Group co-chairs who were invited to the final part of the St. Petersburg meeting," the statement reads. The Presidents stated that they reached mutual understanding on a number of issues that the settlement of which will make possible to create conditions for progress in the Nagorno-Karabakh settlement."