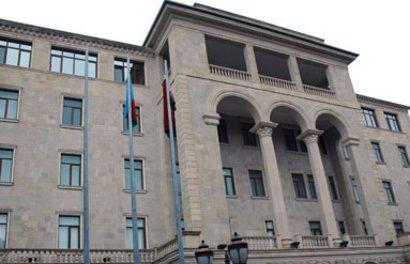 Axar.az reports citing MoD that Armenian military units launched a surprise military operation at around 11:00 on November 16 in order to seize the heights in this direction of the state border and gain more favorable positions by gaining military superiority.

The opposite side intensively fired at the positions of the Azerbaijani Army with firearms and grenades of various calibers, damaging our battle posts.

As a result, according to preliminary information, two servicemen of the Azerbaijani Army were injured.

At present, their lives are not in danger.