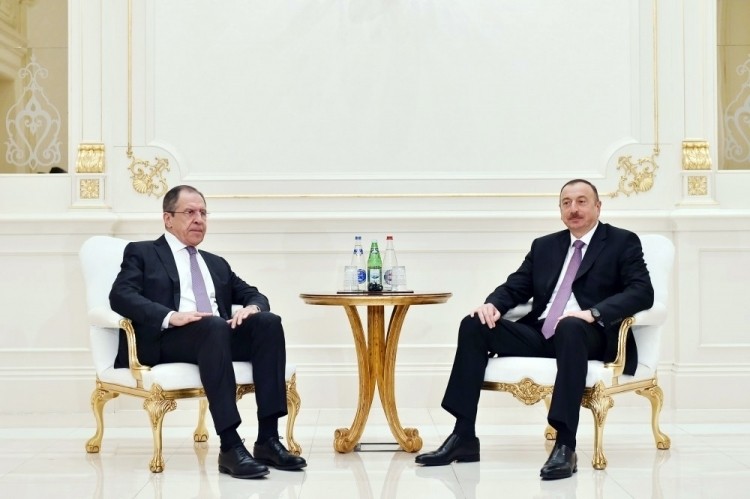 There is currently a very active dynamics in the negotiations on the settlement of the Nagorno-Karabakh conflict, said Azerbaijan’s President Ilham Aliyev.

He made the remarks during the meeting with Russian Foreign Minister Sergey Lavrov in Baku July 11.

Lavrov is on a working visit to Baku.


The president noted that Azerbaijan highly appreciates Russia’s actions towards the conflict’s settlement.


“Lavrov’s visit shows that Russia is interested in the settlement of the Karabakh conflict,” said President Aliyev, adding that Azerbaijan is also interested in an early resolution of the conflict.