Baku to host conference on Protection of the Caspian Sea 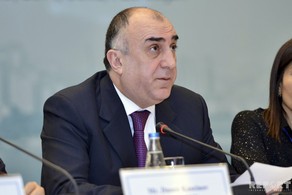 Baku will host the 6th Meeting of the Conference of the Parties to the Framework Convention for Protection of the Marine Environment of the Caspian Sea.

According to the minister, one of the main objectives will be the opening of the permanent Secretariat of the Framework Convention.