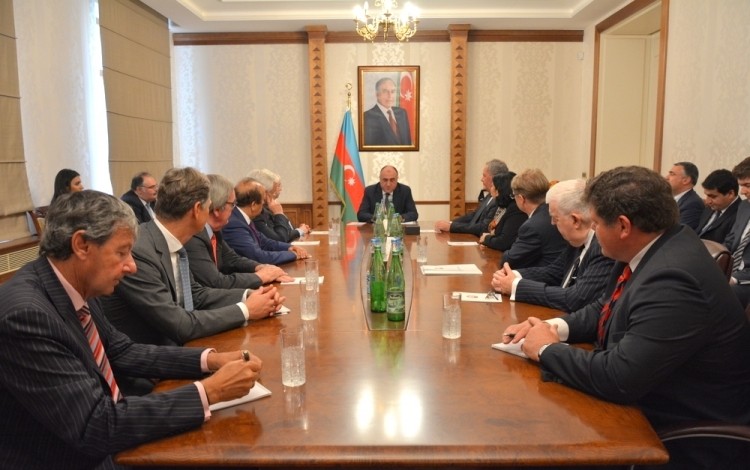 
At the meeting Mammadyarov informed the delegation about the current status of Azerbaijan-UK bilateral relations, main areas of cooperation and prospects of development between the two countries.


The foreign minister emphasized the cooperation with BP in the field of energy, as well as exploration of the oil and gas fields of Azerbaijan and realization of the Baku-Tbilisi-Ceyhan main crude oil export pipeline.

Mammadyarov spoke about the regional projects realized with Azerbaijan’s initiative and participation and explained their contributions to the countries involved in these projects, and the whole region.


In addition, the FM briefed about the North-South and East-West transportation corridors, as well as expected goals and objectives targets and the steps undertaken by Azerbaijan towards this end.

He stressed that the traditions of multiculturalism and tolerance in Azerbaijan could serve as a good example to the world, adding that the different religious confessions have lived in peace in Azerbaijan for centuries.

Touching upon the history and the current status of negotiations for the settlement of Armenia-Azerbaijan conflict, Mammadyarov reiterated Azerbaijan's official position in this regard.


British MPs expressed their satisfaction with the development processes in Azerbaijan and commended the country's achievements in various fields.


The meeting continued with the discussions and FM Mammadyarov answered questions of MPs on various topics.