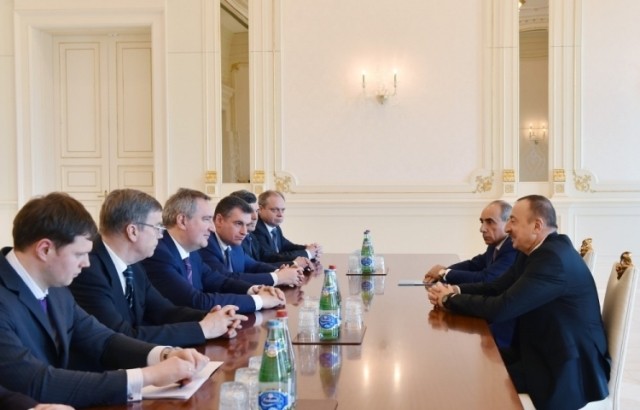 He said that contacts between the two heads of state has increased lately, and that these contacts have grown to cover not only bilateral relations but all spectra of regional issues.

Rogozin said that despite the economic crisis and known developments in the oil market, the Russia-Azerbaijan intergovernmental commission still managed to expand their cooperation further.

“The intergovernmental commission continues discussions on issues of further expansion of cooperation in the economic, cultural, education, and other areas,” he said.

He added that threats and dangers including terrorism that have arisen around the world, especially in the Middle East, are currently the main issues of discussion.

He praised Azerbaijan’s active support to Russia at the time the latter was facing sectorial sanction. Rogozin also welcomed the fact that Azerbaijan has increased agricultural exports to Russia, saying Azerbaijani agricultural products are well known in Russia and that special storages are available to store Azerbaijani products.