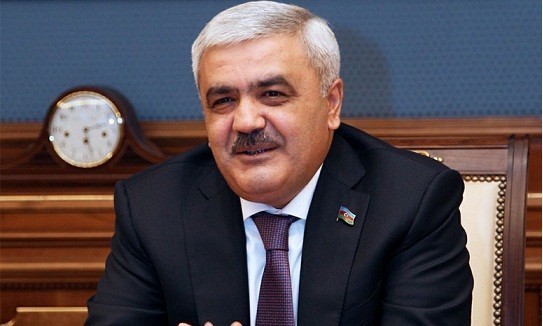 Currently, our oil refinery products are exported to the US, Italy, Egypt, Greece, Spain, Ukraine, Vietnam, as well petrochemical products to China, the Netherlands, Belgium, Bulgaria, the Czech Republic, Lithuania, UAE, Kazakhstan, India and other countries.

Article by Rovnag Abdullayev, President of the State Oil Company of Azerbaijan Republic (SOCAR), published in 'Azərbaycan' (Azerbaijan) newspaper on the occasion of Day of Oilmen states.

According to the article, Azerbaijan is also known as an exporter of oil products in the world market: 'Reforms are being conducted in the refinery complex to increase production of motor fuels, improve the quality as well as positive dynamics is observed in the chemical industry, overall economic indicators of the field are developing'.

SOCAR President stated that requirements for the quality of oil and petrochemical products are growing every year: 'Extensive reconstruction and modernization project has been started at BOR named after Heydar Aliyev and 'Azərikimya' PU. The project covers the period of 2015-2020. Bitumen facility will be built and launched at the BOR in stages, firstly, measures will be carried out in regard with production of diesel meeting Euro 5 standard and then petrol, also, several new facilities will be installed, uninterrupted supply of raw material for petrochemical production will be carried out.

Number of world's leading companies have been involved in these works. Preparatory works for construction of a new bitumen facility with annual production capacity of 400 000 tons have already been completed. It was declared that on the eve of Day of Oilmen President Ilham Aliyev visited the oil refinery, which bears name of the national leader with honor, got acquainted with progress of modernization works and laid the foundation of bitumen facility.

The article also states that reconstruction works of production areas in 'Azərikimya' PU are being carried out in stages and should be completed by 2020.

SOCAR President stated that construction works in the Sumgayit Carbamide Plant, which has been established by President Ilham Aliyev in 2012, are planned to be completed in 2017 and the plant's launch in early 2018: 'Daily 1,200 tons of ammonia, 2,000 tons of granular carbamide will be produced at the plant, which built under modern international standards. About 78% of the works in the plant, to use natural gas as a raw material, have been implemented.