Dozens of migrants trudge with their children - Photo 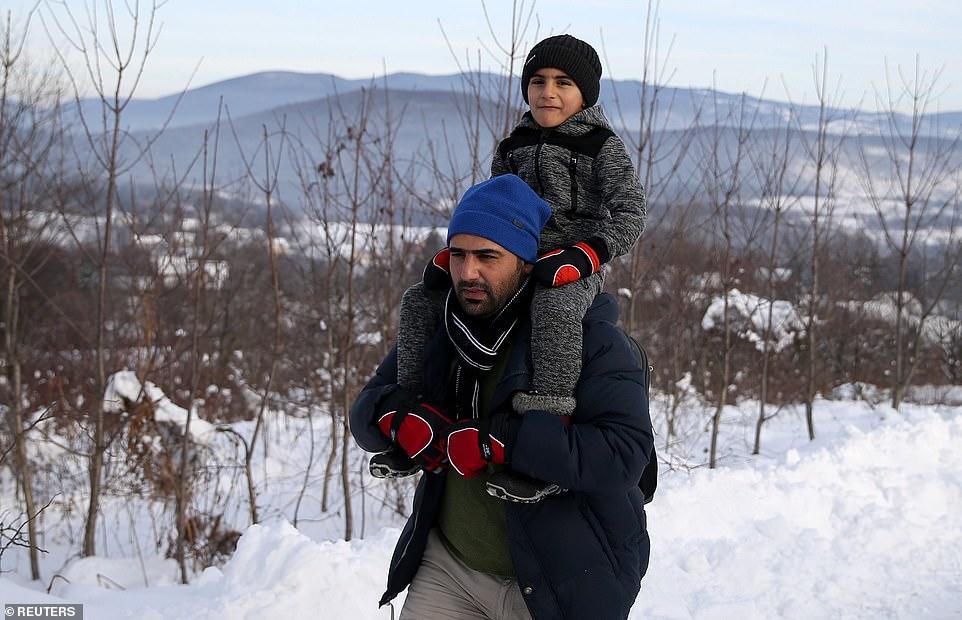 Dozens of migrants trudge with their children through snow-covered smuggling route inhabited by bears and wolves.

Dozens of migrants tramped towards Bosnia's border with Croatia, trying to cross illegally into the EU along with a route that days earlier almost claimed the lives of a similar group.

About 30 men, women, and children, some dressed only in tracksuits, were seen following a snow-covered route established by smugglers late on Wednesday.

In an area frequented by wolves and bears, it takes them to the foot of the Pljesevica Mountain from where they are directed to walk several kilometers through thick pine forest to a border crossing not monitored by Croatian police.

On the same day, Bosnian rescuers saved two dozens migrants who got trapped in a snowstorm trying to cross the mountain, some of whom were badly frostbitten.

More than 23,000 migrants, mostly from Pakistan, Afghanistan, Iraq or Iran, have entered Bosnia since January.

About 5,000 are now stuck there, as the cold winter and Croatian police make it virtually impossible for them to continue their journey.