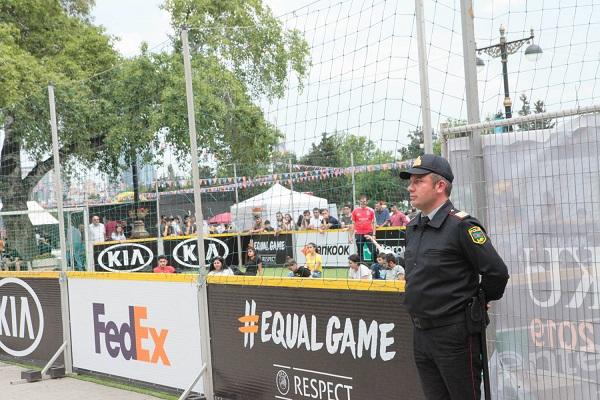 The police officers are ensuring the safety of foreigners, who have arrived in Baku to attend the UEFA Europa League final match, in the fan zone created in the Seaside National Park, as well as law and order, safety in the entertainment centers in the Sahil Park and the Winter Park at a high level.

Every visitor here is thoroughly checked at the police posts. A police patrol boat is on a round-the-clock duty.

The additional traffic patrols have been involved for the safe transportation of the Arsenal and Chelsea teams to the training bases before the match, as well as the optimal regulation of traffic in the city.

Police officers are also on duty in the parking lots created in front of the Gara Garayev and 28 May metro stations from where local fans will be transported to the stadium by special buses.

Moreover, police officers took appropriate measures for foreign fans to be able to enter the stadium from the designated places and place them in various sectors.

The UEFA Europa League final match between the English clubs Arsenal and Chelsea will take place at the 68,000-seat Baku Olympic Stadium.