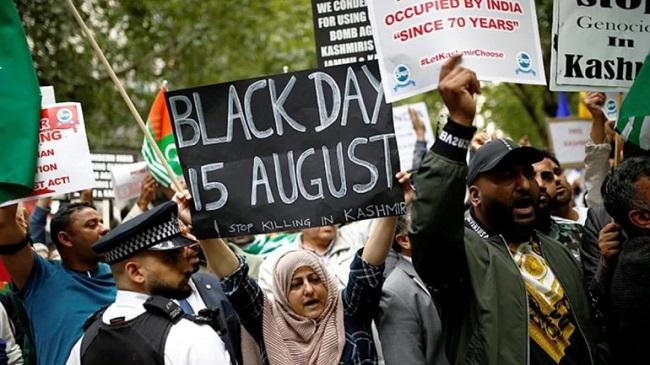 Thousands of people, many waving Pakistani and Kashmiri flags, protested outside the Indian High Commission in London on Thursday in support of the disputed Himalayan region of Kashmir.

Axar.az reports citing Reuters that India’s decision to revoke special status for its portion of Kashmir, along with a communications blackout and curbs on movement, caused fury in Pakistan, which cut trade and transport links and expelled India’s envoy in retaliation.

In London, protesters carried banners saying “Kashmir is Burning”, “Free Kashmir” and “Modi: Make Tea Not War”, according to a Reuters reporter.

A small counter-demonstration was kept apart from the main protest by the police.