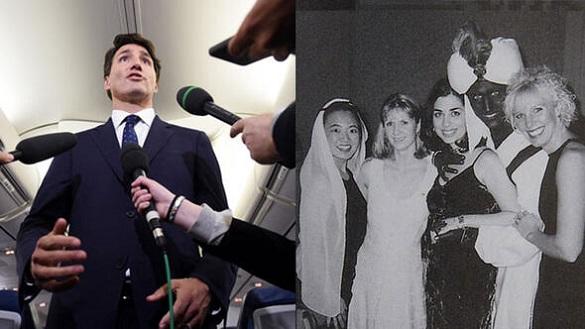 Addressing the image, Mr. Trudeau said he "deeply regretted" his actions and "should have known better".

The 2001 yearbook picture shows Mr. Trudeau with skin-darkening make-up on his face and hands at the West Point Grey Academy in Vancouver.

The prime minister is battling for re-election on 21 October.

Mr. Trudeau, who is the son of late former Prime Minister Pierre Trudeau, used to teach at the elite academy.

The image is politically embarrassing for the prime minister because he has made progressive policies a signature issue.

"I take responsibility for my decision to do that. I shouldn't have done it.

"I should have known better. It was something that I didn't think was racist at the time, but now I recognize it was something racist to do and I am deeply sorry."