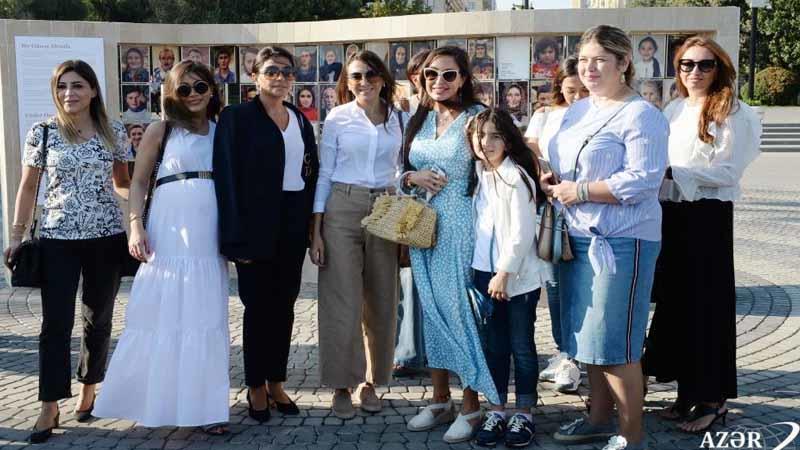 Axar.az informs that, titled “Under one Sun”, the exhibition was co-organized by the Heydar Aliyev Foundation and Baku Media Center.

Vice-President of the Heydar Aliyev Foundation Leyla Aliyeva attended the opening of the exhibition.

The exhibition presents pictures of representatives of different ethnicities living in Azerbaijan taken by professional photographers of Baku Media Center.

As it is known, in 2016 Baku Media Center produced a film “Under One Sun” with the support of the Heydar Aliyev Foundation as part of the “Year of Multiculturalism” project in Azerbaijan. The film shows everyday life, culture and art of representatives of 17 ethnicities living in the country.

During the project, photographs were taken in all the regions where the film was shot, reflecting moments from lives of different ethnic groups.

The main purpose of the exhibition is to show that Azerbaijan is a country of tolerance, where everyone has equal rights and freedoms regardless of religion, language and nationality.

As part of the project, Baku Media Center crew filmed 54 villages and settlements in different regions of Azerbaijan, photographed 3850 landscapes reflecting the beauty of Azerbaijan’s nature, as well as 2625 persons of various age and different ethnic background.

The exhibition showcases 80 photos selected among these photos.