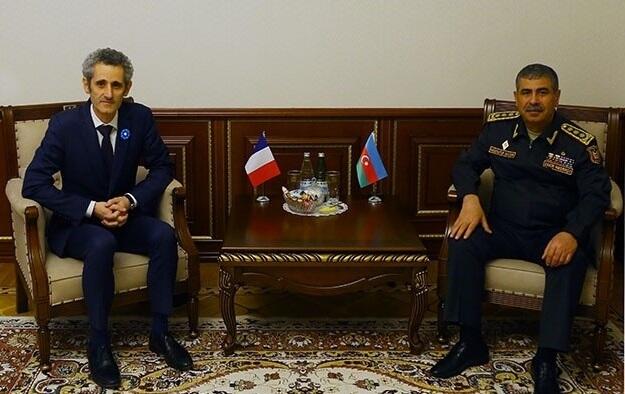 Minister of Defense of the Republic of Azerbaijan, Colonel-General Zakir Hasanov met with the newly appointed Ambassador Extraordinary and Plenipotentiary of the French Republic Zakari Gross.

Axar.az reports citing MoD that the Defense Minister congratulated the ambassador on the beginning of his diplomatic mission in the country and wished him success in expanding cooperation between Azerbaijan and France.