Venice flooded by the highest tide in 50 years - Photo 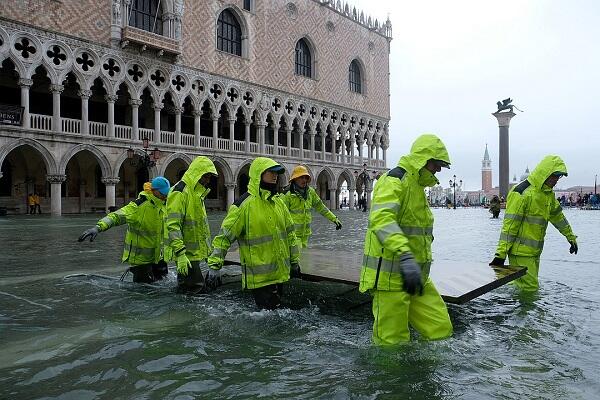 Venice was hit by the highest tide in more than 50 years on, with tourists wading through flooded streets to seek shelter as a fierce wind whipped up waves in St. Mark’s Square.

Axar.az reports citing the Guardian that the exceptionally intense “acqua alta,” or high waters, peaked at 1.87 metres (six feet) as the flood alarm sounded across the Italian city of canals, the tide monitoring centre said.

“We’re currently facing an exceptionally high tide. Everyone has been mobilised to cope with the emergency,” Venice’s mayor Luigi Brugnaro tweeted.

As emergency services took to the canals to survey the damage, Italian media reported that a 78-year old local had been killed by electric shock as the waters poured into his home.

The coast guard laid on extra boats to serve as water ambulances.