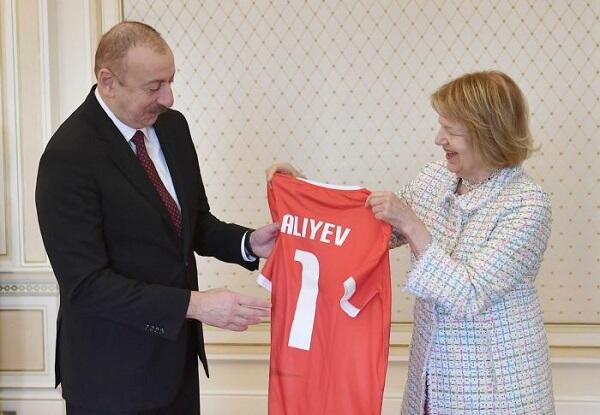 Axar.az reports that an interesting exchange of views was held between the parties at the meeting.

During the meeting, Baroness Emma Nicholson presented President Ilham Aliyev a souvenir of a Welsh national team to take part in the European Football Championships in Baku this year.