Chairman of the Milli Majlis changed his chair - Photo 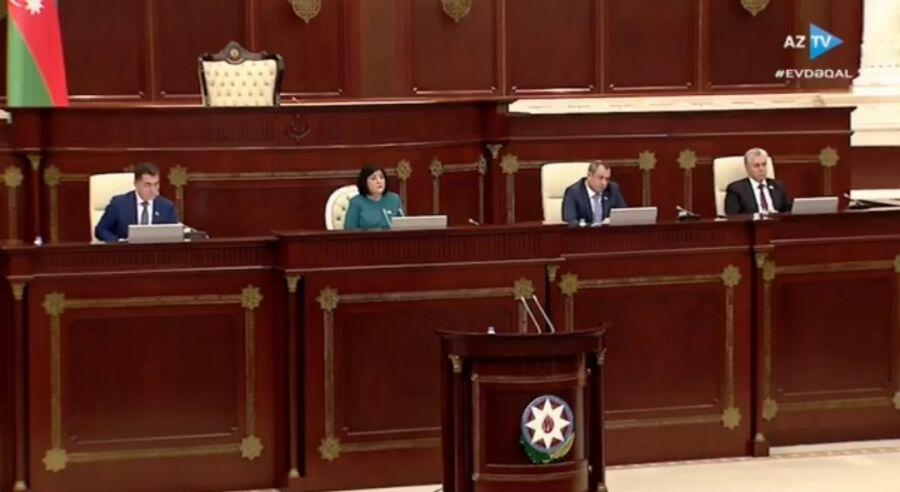 Speaker of the Azerbaijani Parliament Sahiba Gafarova has changed her seat in the plenary session hall of the parliament.

Axar.az reports that Pravda.az stated the current chair is simple. The previous chair was a bit bigger and more attractive.

Note: President of the Republic of Azerbaijan Ilham Aliyev at a meeting with ASAN Service volunteers and employees at the opening of the ASAN Life Complex in Tovuz on March 4, demanded that the chair set for him to be changed:

"You gave me such a special chair, not an ordinary chair? Take it. Such things are not allowed. Absolutely not."

Then a special chair for the head of state was replaced by an ordinary chair.

Reminder: Sahiba Gafarova, nominated by the New Azerbaijan Party (NAP), was elected chairman of the first session of the new Milli Majlis on March 10.