Memory of Heydar Aliyev was commemorated in Astrakhan - Photo 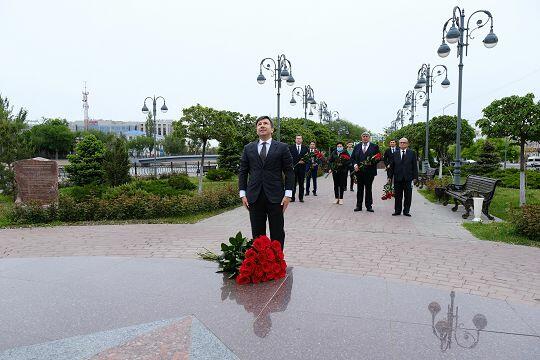 The memory of great leader Heydar Aliyev was commemorated in the Astrakhan region of the Russian Federation.

They also spoke about the life and activity of the great leader in the park named after National Leader Heydar Aliyev, his invaluable role in strengthening and developing friendly relations between the two peoples and states.