Pashinyan`s spokeswoman at the protest - Photo 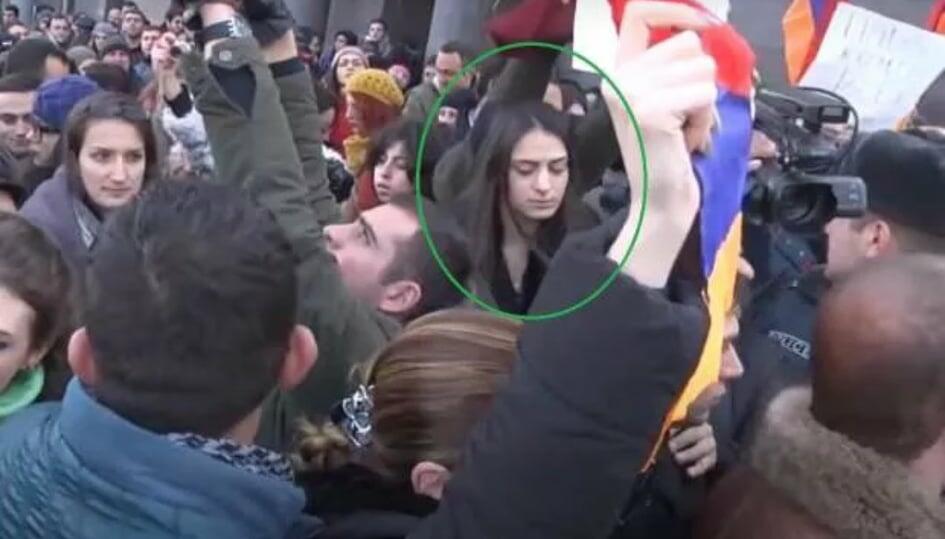 Anti-Russian protests took place in Yerevan during a meeting of the leaders of Azerbaijan, Russia and Armenia in Moscow.

Axar.az informs this was reported by the Turkish website News7.

According to the website, one of the photos taken during the protests also showed Pashinyan's spokesman Mane Gevorkyan.

It is unknown why Gevorkyan took part in the protest.

Although Nikol Pashinyan's team is reluctant to take an anti-Russian stance, Russian political analysts say Pashinyan has not backed down from her previous course and is pursuing a more pro-Western policy.