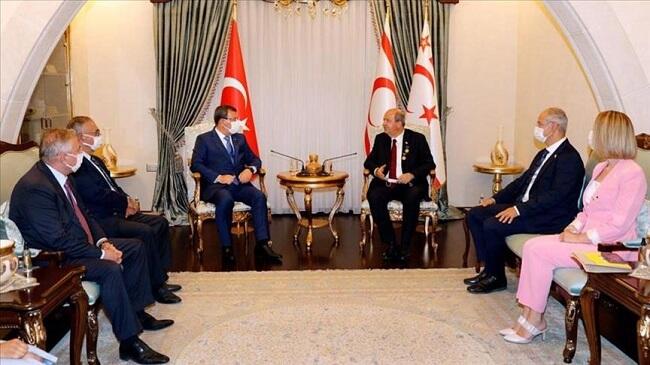 The delegation of the foreign affairs and inter-parliamentary relations committee of Azerbaijan’s parliament visited the Turkish Republic of Northern Cyprus (TRNC) for the first time Friday.

In a written statement by the Presidency, Tatar said history is being made with the arrival of Azerbaijani deputies to the TRNC as a delegation, adding they will act together for the gradual development of political ties and the feelings of brotherhood will increase.

Expressing his pleasure at receiving the Azerbaijan deputies, Tatar also said: "We also have always missed these days. We have been in a great struggle in this country since our childhood."

As one nation, three states, we are all of the Turkish descent, Tatar added.