Manavgat and Marmaris were seen by satellite - Photo 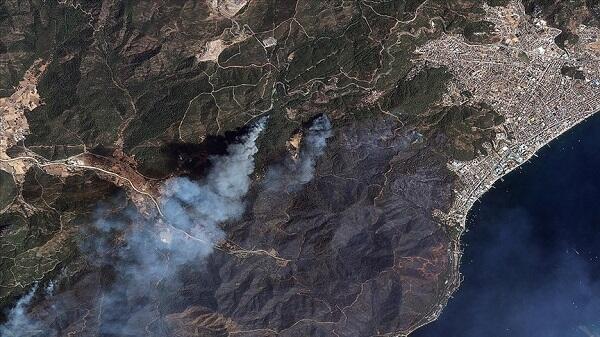 Axar.az reports that the satellite photo was released by the Turkish Ministry of National Defense.

The images show the damage caused by the fire.

It should be noted that forest firefighting continues in Marmaris district of Mugla and Manavgat districts of Antalya.