The first flight from Baku to Fuzuli - Photo 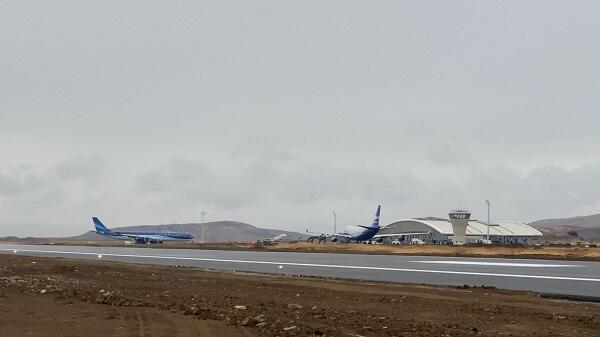 Prior to the commissioning of Fuzuli International Airport, the largest Airbus A340-500 passenger plane belonging to Azerbaijan Airlines, flying from Baku, made a test flight and landed at the first airport of liberated Karabakh on September 5.

Axar.az reports that the plane is symbolically called "Karabakh".

In addition, a Boeing 747-400 aircraft, one of the largest cargo planes of Azerbaijan's Silk Way Airlines, landed at Fuzuli Airport today. For the first time, the cargo was delivered to Karabakh by air.

The flight time on the Baku-Fuzuli route was 35 minutes.