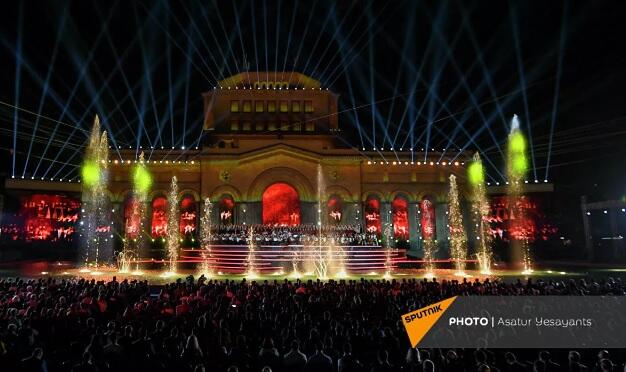 Special drones have been ordered from Russia to fully ensure the light show.

Axar.az reports that The Armenian government has ordered special drones from Russia to fully ensure the light show of the "colourful celebration" of Independence Day, 168.am reports.

Let us add that yesterday was the 30th anniversary of the independence of the Republic of Armenia. The main festive event, the holding of which was not unequivocally accepted by the society, took place in Republic Square.
It concluded the drone show, during which images of Hayk Nahapet, David of Sassoun, the coat of arms of Armenia and others appeared in the sky.

In general, the Armenian media noted that the Armenian government "generously" spent millions on the anniversary ceremony, and it is unclear why this is done in the current challenging economic situation.