Our martyred servicemen are laid to rest - Photo 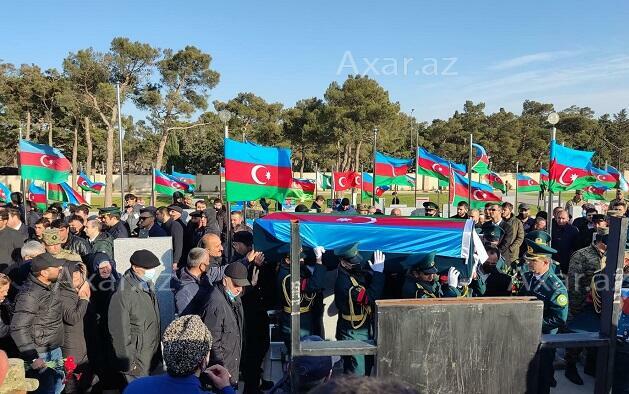 Axar.az reports that the ceremony is attended by government officials, family members, relatives and members of the public.

Bodies of those, died in the crashed helicopter of the State Border Service while implementing training flights in Garaheybat Training Centre in Khizi district on November 30, have been buried in the II Alley of Martyrs.

Military servicemen who died as a result of the crash have been buried in the II Alley of Martyrs.