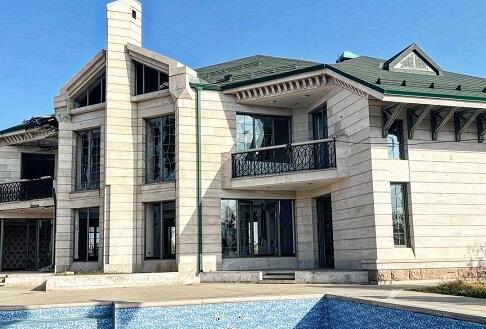 Axar.az reports that Korotchenko said he also visited the villa during his visit to Shusha.

"Azerbaijan. Karabakh. Korotchenko wrote in the photos he shared with Shusha:

While in Shusha, I also saw a mini-palace with a swimming pool, known as "Mkhitaryan's villa". This is the mini-palace of one of the Armenian football bosses, located in a picturesque place in the direction of the Lachin corridor. This villa is the only building built during the 30-year occupation of Shusha, the ancient city of Azerbaijan, by Armenians.

Shusha is now free and reviving. Karabakh is Azerbaijan.