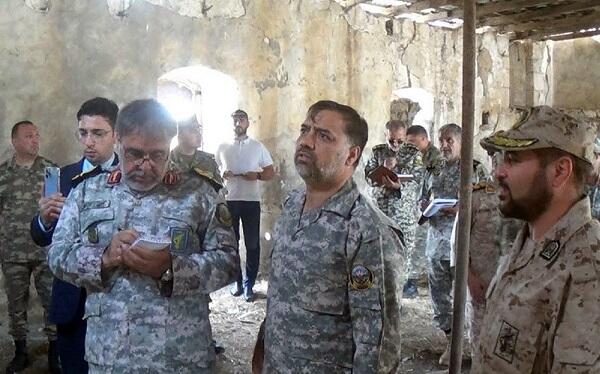 Representatives of the Armed Forces of the Islamic Republic of Iran, who are on a visit to our country, visited Fuzuli and Khojavand regions.

Axar.az reports about this with reference to the Ministry of Defense.

The guests were given detailed information about the results of vandalism and destruction caused by the armed forces of Armenia during the occupation, as well as about the reconstruction works carried out under the leadership of the President of the Republic of Azerbaijan Mr. Ilham Aliyev.

Then the delegation laid flowers in front of the memorial complex erected in memory of the martyrs and expressed their respect.