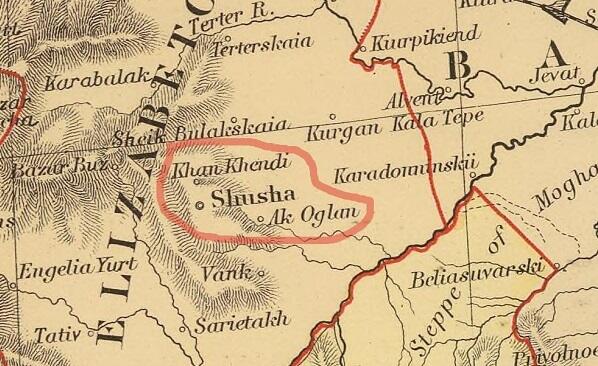 A collection of maps from 1901 by the famous English cartographer Edward Stanford has been revealed.

Axar.az reports that the territories of Azerbaijan are included in Asia Minor, the Caucasus, and the Black Sea part of the atlas.

On the map belonging to the beginning of the last century, it is clear that there are settlements of Shusha, Khankendi, and Agoglan in Azerbaijan.

This map once again proves that there is no historical logic for the Armenians to "antiquate" the name "Hadrut" as well as "Stepanakert".