Kissinger: Trump is one of the most unique presidents 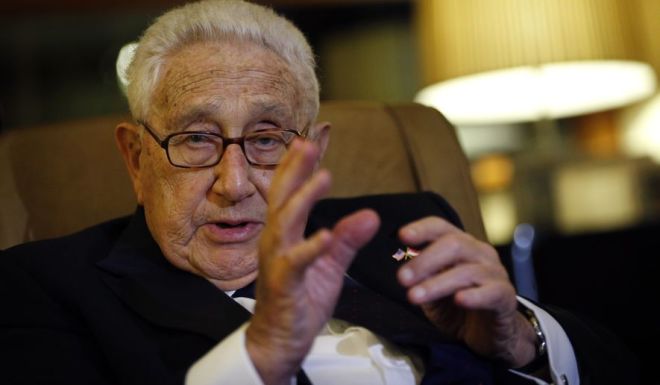 Following his meeting last week with President-elect Donald Trump, former Secretary of State Henry Kissinger described the fellow Republican as one of the “most unique” incoming presidents due to his lack of “obligation to any particular group.”

“This president-elect is the most unique that I have experienced in one respect,” Mr. Kissinger, 93, said Sunday on CNN’s “Fareed Zakaria GPS.”

“He has absolutely no baggage,” he said. “He has no obligation to any particular group because he has become a president on the basis of his own strategy and a program he put before the American public that his competitors did not present. So that is a unique situation.”

Mr. Kissinger, who met Thursday with Mr. Trump to discuss foreign policy, said the president-elect’s supporters shouldn’t expect him to fulfill every campaign promise once he’s in the Oval Office.

“In my view in the present situation, one has to — one should not insist on nailing him into positions that he had taken in the campaign on which he doesn’t insist,” Mr. Kissinger said. “If he insists on them, then of course disagreements will become expressed, but if he develops another program and leaves the question open of what he said in the campaign, one should not make that the desired development.

“I think we should give him an opportunity to develop the positive objectives that he may have, and to discuss those,” he added. “And we’ve gone through too many decades of tearing incumbent administrations apart, and it may happen again, but we shouldn’t begin that way. And we shouldn’t end up that way, either, but — so that would be my basic view.”