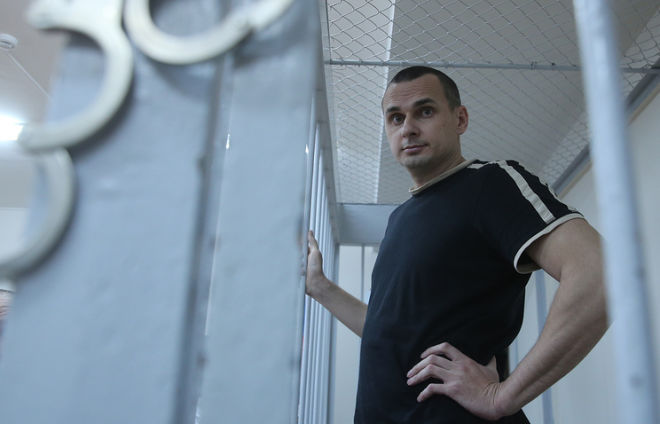 Putin also said Sentsov could not be released without a court's decision.

Ukrainian filmmaker Oleg Sentsov was convicted for terrorism, not for his art, and it is up to the court to decide on his case, Russian President Vladimir Putin said on Friday.

"As for his (Sentsov’s) art, he was convicted not for art, but for taking other functions, as investigative and court bodies say, and particularly in fact he devoted his life to terrorist activity," the president said at the joint session of the Council for Culture and Art and the Council for the Russian Language in St. Petersburg.

"We should rely on that we live in a state governed by the rule of law and such issues should be of course decided by the court system," Putin said. "Everyone has the right to have a position, but nobody condemned him for that," the Russian leader stressed.