Forces are sent to Palmyra for heaviest IS battle 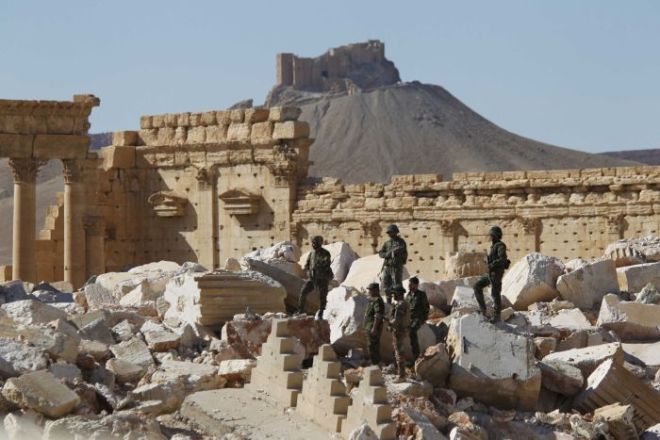 The Syrian army said it has sent reinforcements to Palmyra, where Islamic State fighters have advanced to its outskirts in some of the heaviest fighting since the group lost the historic city earlier this year.

Axar.az informs, the group had taken over areas to the northwest and southeast of Palmyra, and clashes continued on Saturday, the army said in a statement.

A rebel commander from the Jaish al-Mujahideen group based in the Aleppo countryside said the IS attack was forcing the Syrian government to divert troops from Aleppo, where the army and its allies are on the verge of a major victory against rebels.

The army did not specify where reinforcements were brought from.

Islamic State’s assault, which began late on Thursday, has killed dozens of Syrian soldiers and quickly taken over grain silos and control of some oil and gas fields around Palmyra, monitoring group the Syrian Observatory for Human Rights said.