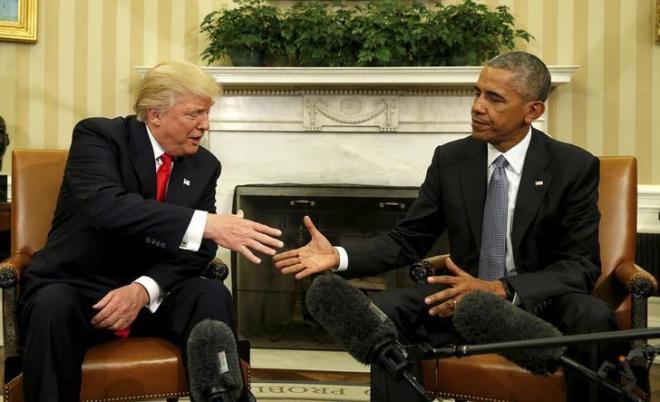 U.S. President-elect Donald Trump said he had a good conversation with President Barack Obama on Wednesday, after earlier tweeting that the transition was not going smoothly.

"He called me. We had a very, very good talk ... generally about things. ... was a very, very nice call, and I actually thought we covered a lot of territory," Trump told reporters at his Mar-a-Lago resort.

Earlier on Wednesday, Trump tweeted: "Doing my best to disregard the many inflammatory President O statements and roadblocks. Thought it was going to be a smooth transition - NOT!"