U.S. must stand up to Vladimir Putin 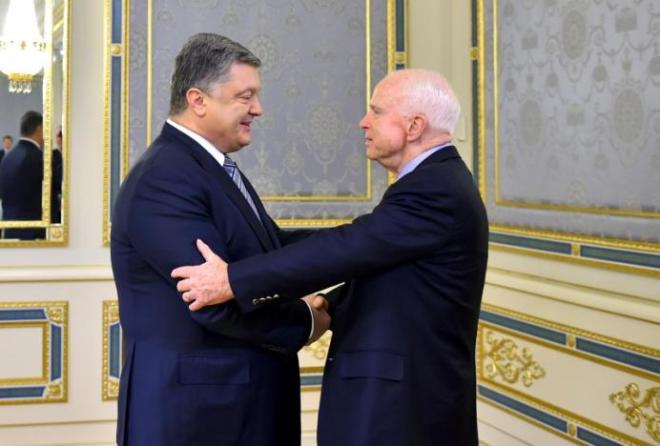 Republican Senator John McCain said on Sunday the United States could only improve its relations with Russia by taking a tough stance with President Putin, calling for stronger sanctions against Moscow.

On a tour of the Baltic states, Ukraine and Georgia, McCain and other senators assured the former Soviet-dominated countries that the United States would support them, despite President-elect Donald Trump's praise of Putin and expressions of doubts about NATO.

"We will strongly urge our colleagues toward more meaningful and stronger sanctions against Russia because of their attack on the United States of America," McCain told reporters in Georgia's capital Tbilisi.

On Thursday, President Barack Obama ordered the expulsion of 35 Russian diplomats and imposed sanctions on two Russian intelligence agencies over the hacking of U.S. political groups during the election.

But Trump signalled during his campaign that he might take a softer line with Moscow, and on Friday congratulated Putin for not retaliating to the expulsions, tweeting: "Great move on delay (by V. Putin) - I always knew he was very smart!"

"I send the message from the American people - we are with you, your fight is our fight and we will win together," McCain was quoted as saying by Ukrainian President Poroshenko's press service.

"In 2017 we will defeat the invaders and send them back where they came from. To Vladimir Putin - you will never defeat the Ukrainian people and deprive them of their independence and freedom," McCain said.

Reinforcing the line that the U.S. Congress could oppose any move by Trump to take a softer line on Russia, Republican Senator Lindsey Graham, travelling with McCain and others, said it was time "to push back against Putin, to be a better friend to our allies here including Georgia."

"So 2017 is a year of offence and we're going to tell our colleagues what's at stake if we don't push back," Graham said.