Mancel: As President of Azerbaijan said... 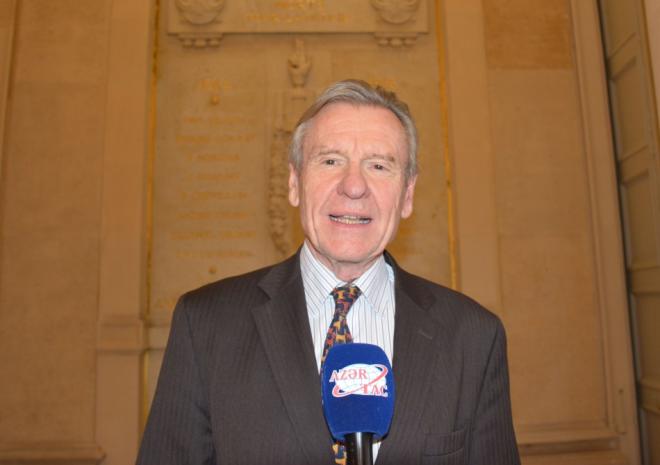 “As President of Azerbaijan Ilham Aliyev said Islam is a religion of peace and solidarity,” member of the National Assembly of the French Republic, President of the Association of Friends of Azerbaijan in France Jean-Francois Mancel told.

Axar.az reports that, “We are very happy with President Ilham Aliyev`s declaring 2017 a Year of Islamic Solidarity in Azerbaijan. Islam is one of the most important issues in France. There are millions of French Muslims in our country. Azerbaijan is an example for world countries in terms of peaceful coexistence of people of different religions. France should benefit from the experience of Azerbaijan in this field.”

He also highlighted the Armenia-Azerbaijan Nagorno-Karabakh conflict, adding that the Friends of Azerbaijan has always stood in solidarity with the people of Azerbaijan.