Germany: U.S. under Trump must abide by trade deals 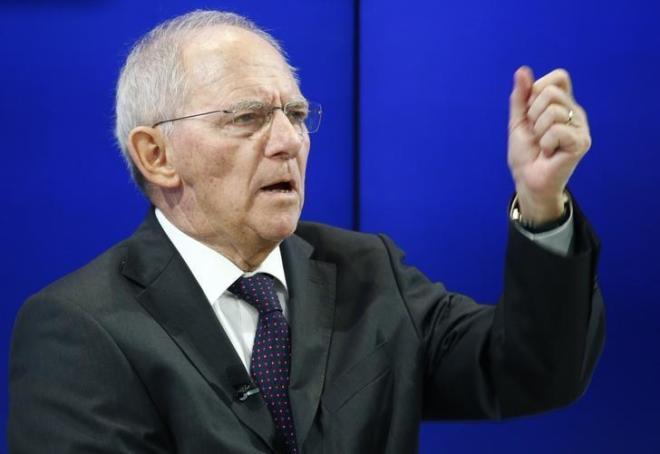 Washington must stick to international agreements under the presidency of Donald Trump, German Finance Minister Wolfgang Schaeuble said on Friday, but does not expect a major trade war despite the President-elect's attack on German car makers.

Trump - now hours away from his inauguration - has vowed to make sweeping changes to U.S. trade policy, and economists see his protectionism as the biggest risk to U.S. growth.

"I don't think a big trade war will break out tomorrow, but we will naturally insist that agreements are upheld," he said.

Trump criticized German auto makers this week for failing to produce more cars in the U.S. and warned that he would impose a tax of 35 percent on vehicle imports.

Schaeuble said he wished Trump luck if he wanted to tell Americans which cars to buy. "That's not my vision of America and I don't think it's his either," he said.

He also recommended not taking Trump's practice of tweeting policy changes too seriously.

"One shouldn't confuse Trump's form of communication with statements of government policy. We will not participate in that," he said.

"Protectionism will not secure jobs in the medium- to long-term," Dennis Snower, president of the Institute of World Economy, said in a statement.

"Trump is making foreigners the scapegoat for the fact that the American dream of pulling yourself up by your bootstraps isn't working anymore."

Marcel Fratzscher, head of the DIW economic institute, said Trump's protectionism would not bring any jobs back to the U.S.

"On the contrary, he will destroy even more jobs," he told German broadcaster MDR.

The American Chamber of Commerce in Germany also urged Trump to stick to free trade agreements, underscoring the importance of U.S.-German trade relations.

"Protectionist measures like tariffs and or the cancellation of international trade agreements have no place in a globalized world," said the group's president, Bernhard Mattes.