Putin discussed relations ahead of talks with Trump 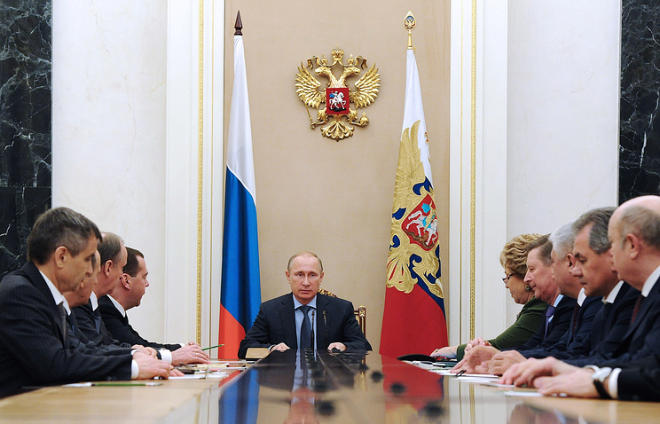 "There was an exchange of views on the current state of Russian-US relations," he said.

Peskov said earlier that on Saturday, January 28, Putin was scheduled to have a telephone conversation with US President Donald Trump.

Putin, the Security Council noted importance of understanding by Astana talks participants that there can be no military solution to the Syrian crisis.

"The sides discussed the outcome of the Astana talks and also the prospects of further efforts on the Syrian political settlement," Peskov said. "It was noted that it is important that all parties to the talks agree that there can be no military solution to the Syrian issue," he said.