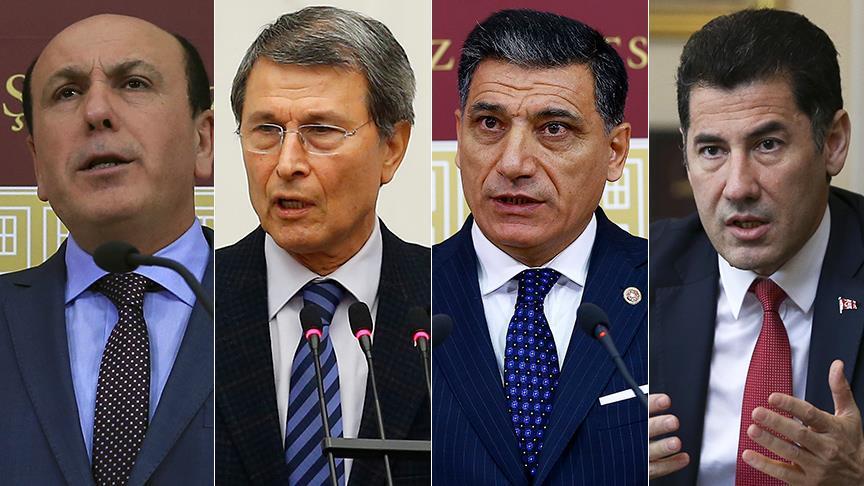 The three deputies -- Kayseri’s Yusuf Halacoglu, Balikesir’s Ismail Ok, and Isparta’s Nuri Okutan -- along with party member Sinan Ogan, who had challenged Devlet Bahceli for the MHP chair, were unanimously expelled by the party's disciplinary committee, according to a statement by its head, Halil Ozturk.

The statement said that the four were accused of violating sections of the party's constitution, including ones concerning membership duties and responsibilities.

Contrary to the party line, the three deputies have publicly declared their opposition to the constitutional changes to be voted in the April 16 referendum.

All four members were referred to the party's disciplinary committee for discharge proceedings on Feb. 13.

A revolt among MHP members was sparked by the November 2015 general elections, when the MHP won the smallest number of seats of all parliamentary parties, just 40 out of 550.

The party has previously dismissed former deputy and chair candidate Meral Aksener and one lawmaker.

Some party members have been fighting to remove Bahceli, who has led the MHP for 20 years. The dissidents tried to call a party congress last year, but they were blocked by the leadership.

Constitutional reform and the change to a presidential system have been on the political agenda since Recep Tayyip Erdogan, a former prime minister and Justice and Development (AK) Party leader, was elected president by popular vote in August 2014.

Aside from the shift to an executive presidency, other changes in the referendum include allowing the president to maintain party political affiliation.

There would also be changes to Turkey’s highest judicial body, which would be renamed while retaining its independence and own budget.