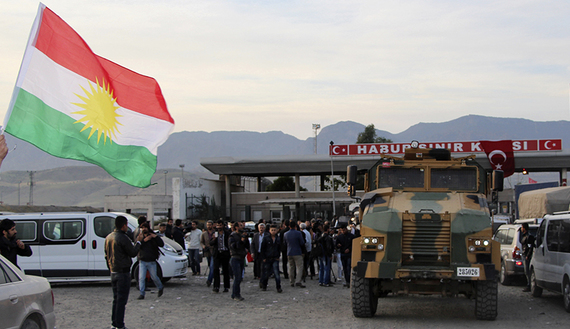 Turkey Wednesday voiced its opposition to a vote in the disputed oil-rich Iraqi city of Kirkuk to fly the Kurdish flag over government buildings, warning against “unilateral steps.”

Provincial councilors in Kirkuk province voted Tuesday to fly the Kurdish regional flag, a move likely to escalate tension between Baghdad and Ankara. Iraqi Kurds are close to Ankara, but Turkey said it opposed flying the flag because it does not want to encourage any change in the composition of Kirkuk, which is also home to Turkmens. Kirkuk is at the center of a long-running dispute over northern territory that Kurdish authorities want to incorporate into their autonomous region, a move the federal government in Baghdad opposes.