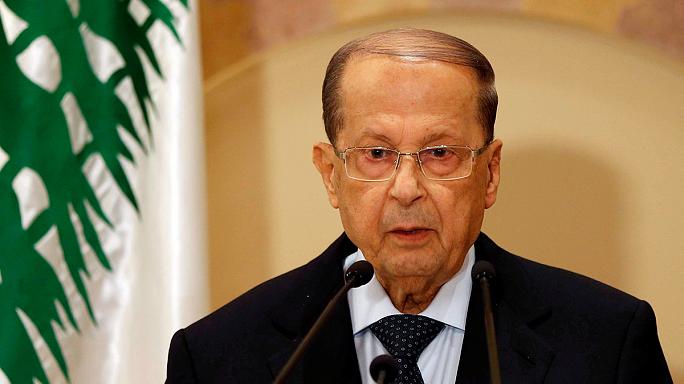 Lebanese President Michel Aoun tripped and fell face down as Arab heads of state gathered at the start of their summit at the Dead Sea in Jordan on Wednesday, television footage showed.

Aoun, 82, appeared to trip on a low, red-carpeted podium where flags of Arab states had been arranged. Two men in suits rushed to help him to his feet as Egyptian President Abdel Fattah al-Sisi stood nearby.