Kushner meets with Iraqi leader on future of IS battle 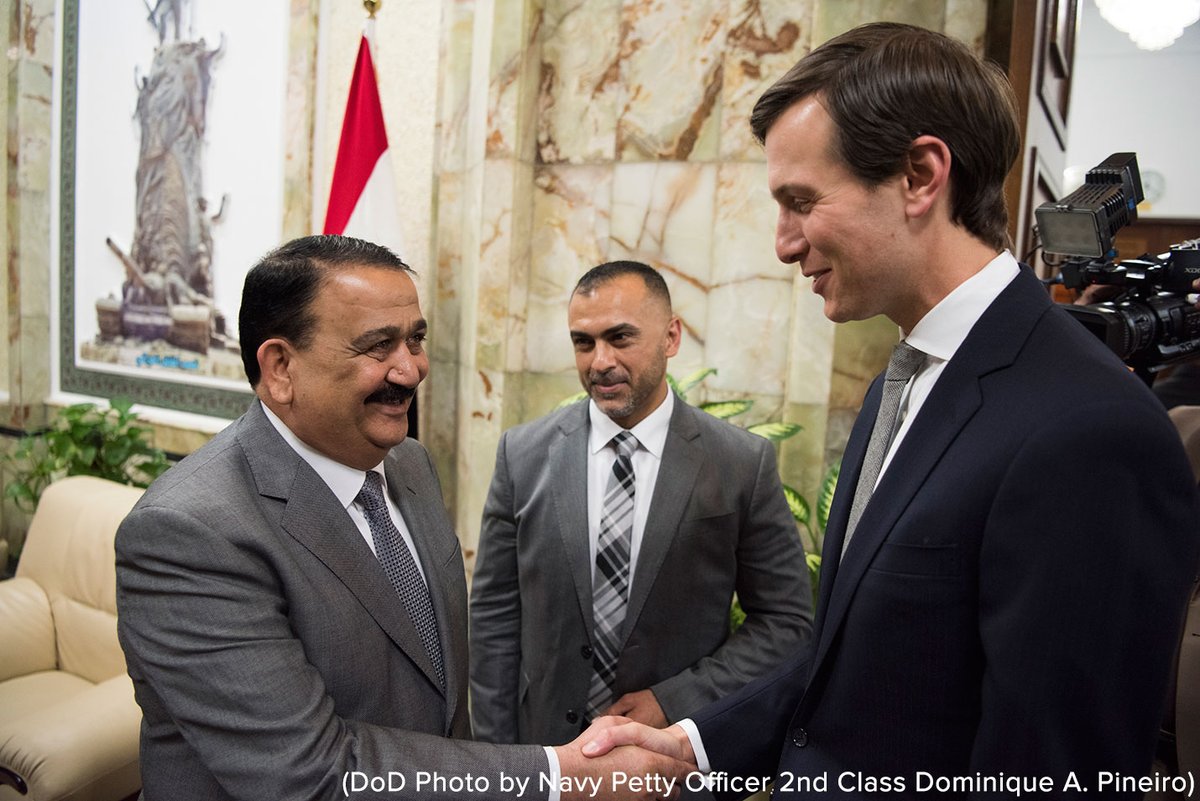 After arriving in Baghdad on Monday afternoon, Jared Kushner, President Trump’s son-in-law, met with Prime Minister Haider al-Abadi to discuss the fight against the Islamic State and whether the United States would leave troops in Iraq afterward, according to a spokesman for the prime minister.

Mr. Kushner, a senior adviser to the president, traveled to Iraq along with Gen. Joseph F. Dunford Jr., the chairman of the Joint Chiefs of Staff, as part of the general’s planned trip to discuss the battle against the Islamic State, also known as ISIS and ISIL.

Mr. Kushner was also expected to meet with officials from the United States-led military coalition and Iraq’s minister of defense, according to an Iraqi military spokesman. He was also accompanied by Thomas P. Bossert, Mr. Trump’s homeland security adviser.

As the first visit to Iraq by a senior member of Mr. Trump’s White House, Mr. Kushner’s arrival highlighted the president’s approach to foreign affairs of often relying on loyalists with little experience in matters of war and diplomacy.

Benjamin J. Rhodes, who was a foreign policy adviser to President Barack Obama, wrote on Twitter: “Kushner in Iraq before the National Security Advisor or Secretary of State. Totally normal.”